These Lines Must Survive by Nurudeen Lawal A Review of ‘An Autobiography’, ‘Cut’, and ‘Death is not the end’ by Kelechi Nwaike, Tonye Willie-Pepple, and Adeyinka Elujoba respectively 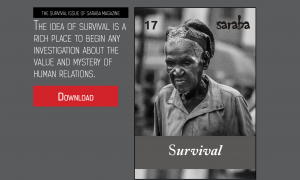 The Land is Large
“An Autobiography” by Nwaike is a poem of 15 stanzas with irregular lines. It is a poetic reflection by an orphaned young man. The poem flows smoothly from the ‘stuffy room’ of the poet persona in the north through the sky resisting the fearful faces of the witches flying ‘by at night’ to the South where he, and his brother, has come in their pursuit to keep riding on with life even after the demise of their parents. Aspiring to survive.
Then the Holy Spirit beckons. Music invites. The persona is recruited ‘into a church choir’ singing to the glory of God. Survival continues. Then. Another aspiration sets in. It’s now love; the mover of the world. Being an action-packed August guy, he starts pursuing the girl of his dream. With vigour. Unfortunately his love is unrequited; disappointment, but not resignation. As the candle light burns on, his passion fires on. And the spirit propels him, again, to go north. Again. Since the land is large; if it’s not here, it may be there: north, south, east, west.

“An Autobiography” is a word-snapshot of a young man (and his brother) passing through life in stages, witnessing sharp and blunt downfalls, changing places with keen observations, and rising every day with a zeal to survive.

Trees: A Symbol of Resilience
“Cut” by Tonye Willie-Pepple is presented with a pictographic uniqueness: short lines, words written erect. ”Cut” engages the theme of survival from a significantly symbolic stance. “a tree” is written ‘erect’ to show the tallness of the tree and its resilience in the hands of the human cutters who “Cut/Cut/Cut…real good.” The tree boasts of “his” resilience; his re-forming power giving credence to the Yoruba proverb: “To the tree cutter is the stress; the tree will surely sprout again.”
This tree is irrepressible, confident of survival, not only in the mouth of a machete but also in the face of fire! Tonye scores high here by introducing a suitable sexual imagery; the one I call regenerative imagery, further entrenching the theme of survival. Though burnt to ashes, the tree promises to make love, through its ashes, to the earth. He regrows, this time, in twins: from a tree to forest!
t
r
e
e
s

you
can
never
ever
cut

Whether in the hands of the blade, or in the face of fire, the tree is resilient; confident of his survival.

Survival in Death
In Adeyinka Elujoba’s “Death is not the end” the poet persona addresses Iya Oba not to give up in the after world and charges her to:
Practise the feel of the earth
and how to loosen aerolites
and be strong underground to withstand men’s ‘soles, tractors, armoured tanks…foundations, huts, skyscrapers'. So, the dead should not resign as “death is not the end.” To survive in death, there is the need to be firm, resilient, and more importantly, to adapt. In four stanzas, seventeen lines, “Death is not the end” stretches the elasticity of creativity to a high point and can best be appreciated if read from a symbolic perspective.

“An Autobiography”, ”Cut”, “Death is not the end” write and paint the theme of survival with utmost simplicity, loaded lexemes, fitting imageries, pictographic uniqueness..

Download the www.sarabamag.com/the-survival-issue/Survival Issue of Saraba Magazine to read the poems.
Posted by Unknown at 03:03 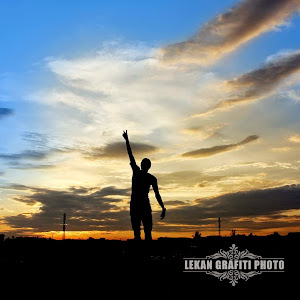